“I did not have any specific project in London, but I have been inspired by the idea of “objective coincidence” as the surrealists loved to do: I am particularly attentive and inspired because as I am discovering a part of London that is completely new to me. Subconsciously, I am constantly accompanied by Lucian and his grandfather Sigmund Freud in my mind.

One morning, when I open the bathroom window, I see a fire in the neighbouring garden, and am instantly reminded of the atmosphere captured by Lucian Freud’s painting “Wasteground with houses, Paddington”.

Soon it will be Christmas, and I am strolling around Trafalgar Square. A few dossers wearing red caps are pre-loading, they are already sozzled; only one of them notices me, but the picture is already taken.

On New Year’s Eve, I go to the party of the Chelsea Arts Club – the theme is ‘Studio 54’. Things are hotting up! A former ‘member’, Barry Flanagan, has left one of his hare sculptures. Tonight the sculpture is bathed in red light. Soon afterwards, at the end of January, I open my exhibition “different trains” at the Club.

Yes, of course, I go to the Speakers’ Corner in Hyde Park on Sunday… Well, guess what the hot topic is. A citizen tries to explain the situation. A propos, I bought around 40 tulip bulbs at the Columbia Market and planted them in the garden. In spring, you may be able to read the taboo word “B….T” — BR and IT in white, EX in black and the dot on the I in pink. Unfortunately, I will not be here anymore to see this spectacle; until then it appears that the decision will be postponed. The Photographer’s Gallery even hosts a symposium, Operation Earnest Voice, by the artist Jonas Lund to demonstrate how the media influence the opinion of citizens. I go to the opening party.

Next to the Royal Academy, there is the Linnean Society. This evening, they have a talk (with book presentation and a small get-together in the library) on how wild animals adapt to the cities. By coincidence, I see the postcard “Save the Crystal Palace Dinosaurs”. A few days afterwards, I visit these fantastic Victorian sculptures in the Crystal Palace Park. It is freezing cold, much colder than in the centre of London.

“Save the George Tavern”: at present, that is the motto for this historic pub in the East End that is at risk of disappearing! By now, the pub has been saved. Young bands frequently take the stage there, everything lit by candles.

I go to the ICA, today they show the latest film by Wang Bing, “Dead Souls” (8 hours). On my way there, I see a heron sunbathing in St James Park.

I can see a lot from the bus, especially when I get a seat at the front of the upper deck. In front of me, there is a woman wearing a headscarf. When the lights turn green, the bus starts moving again.

The 205 bus passes by the Whitechapel Market, the East End Mosque is not far away. A veiled woman takes off her white gloves. There are many schools in the neighbourhood at which the girls (have to?) wear white headscarves.

I drink a last beer at the nearby pub, “The little Driver”, close to Bow Church. It’s a dimly lit workers’ pub where many watch sports; at the next table, a tired guest almost falls from his seat.

Here in London everybody lives parallel lives in their own world. Many eccentrics mix almost without being noticed in the entire urban scene.” 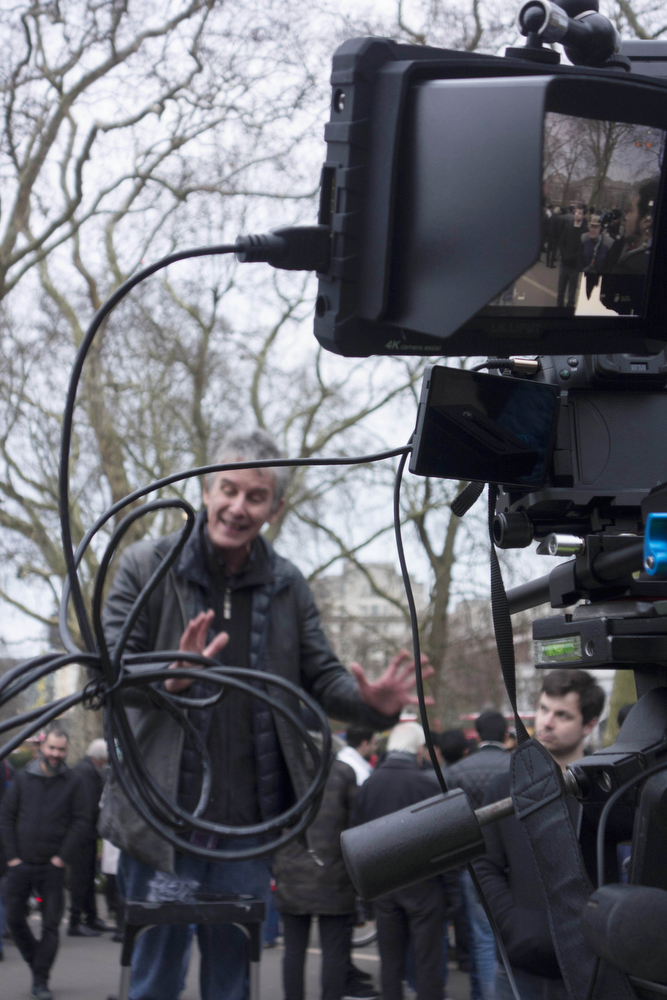 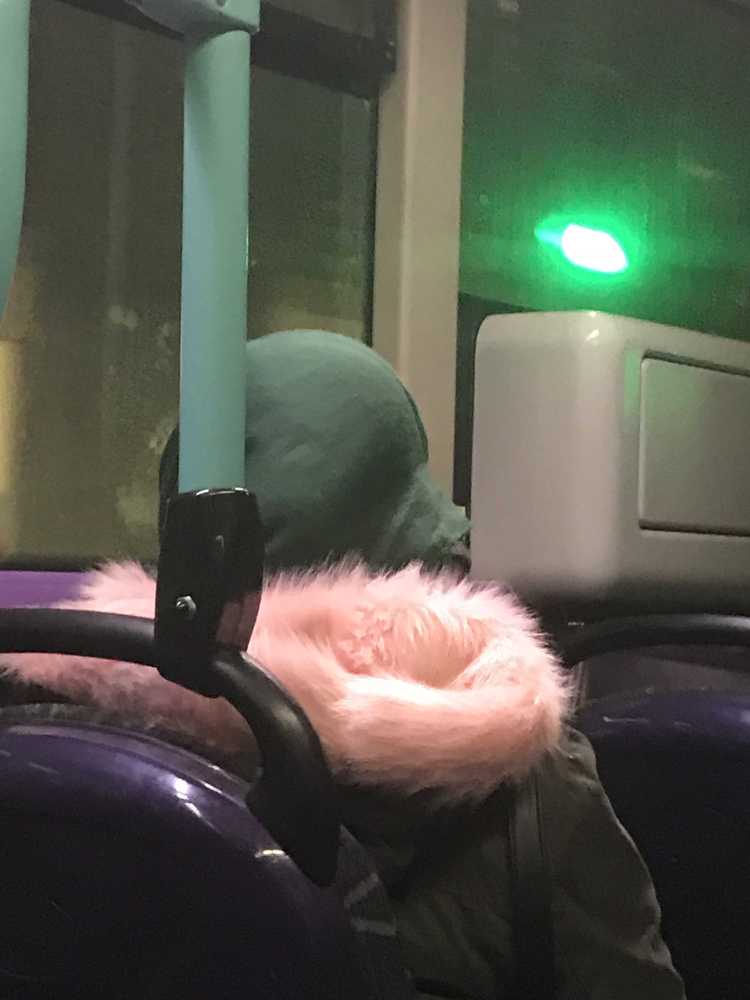 in the bus at night 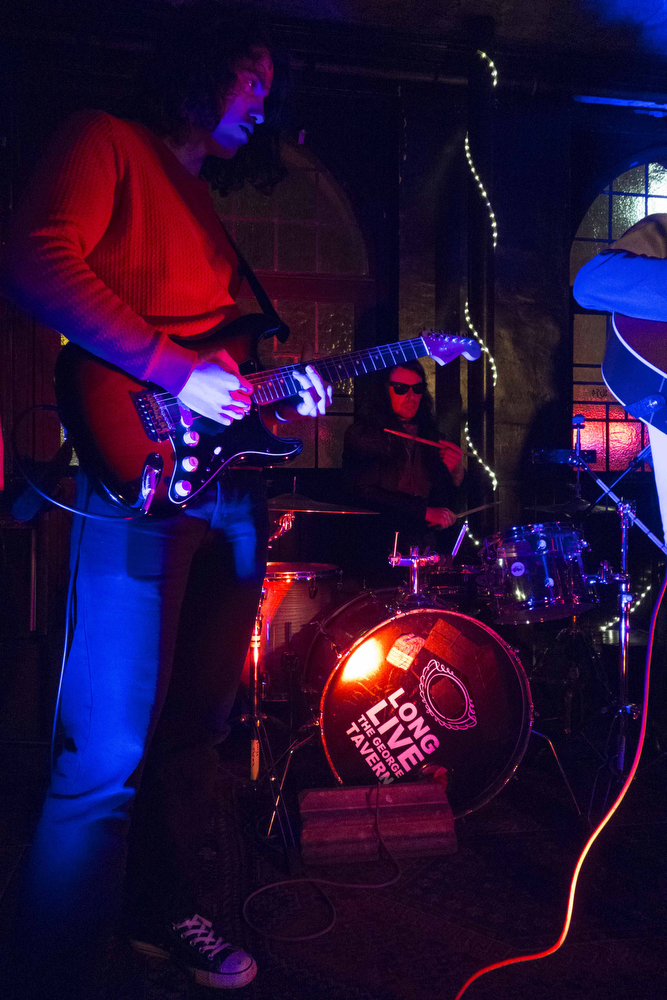 band at the george tavern 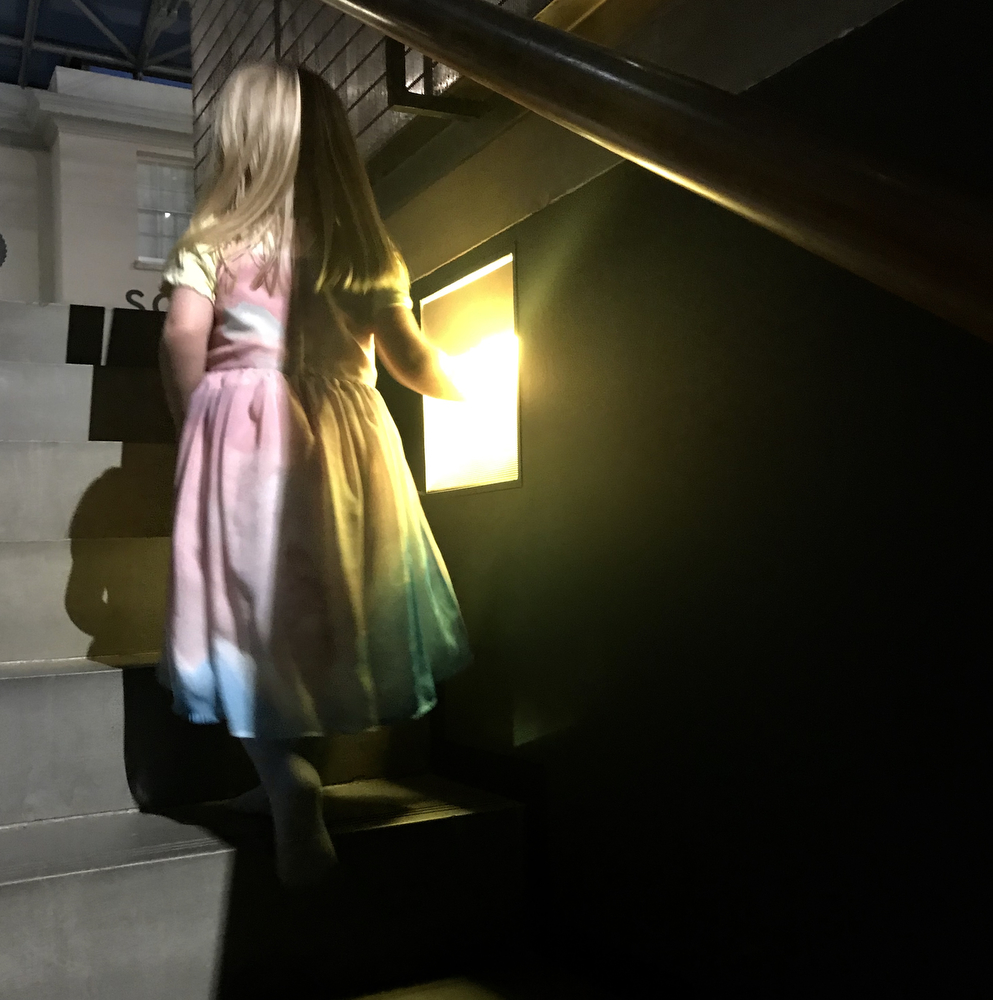 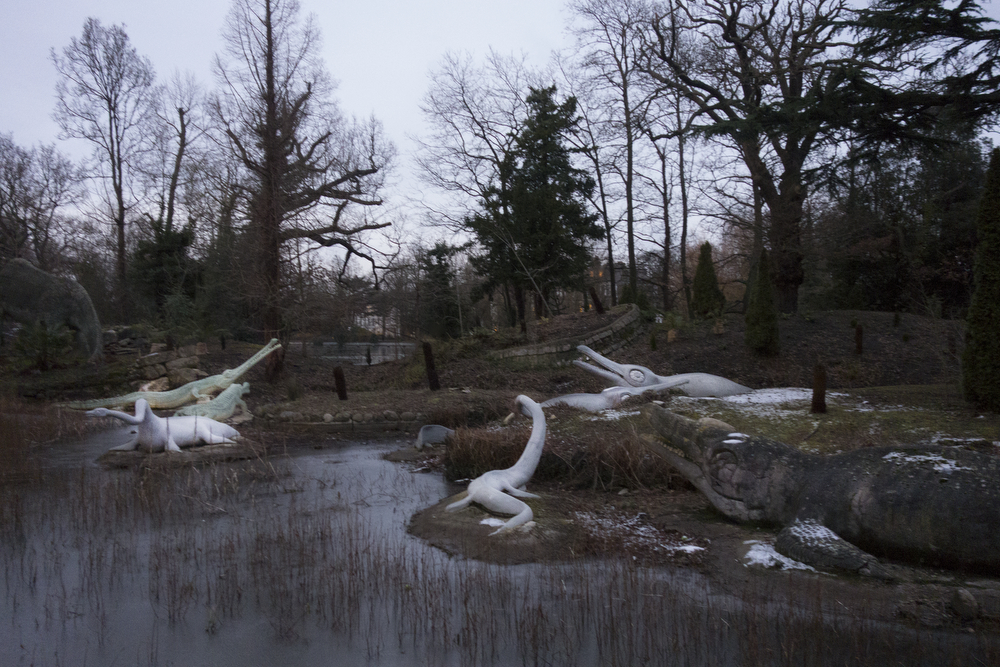 the dinosaurs at Crystal Palace 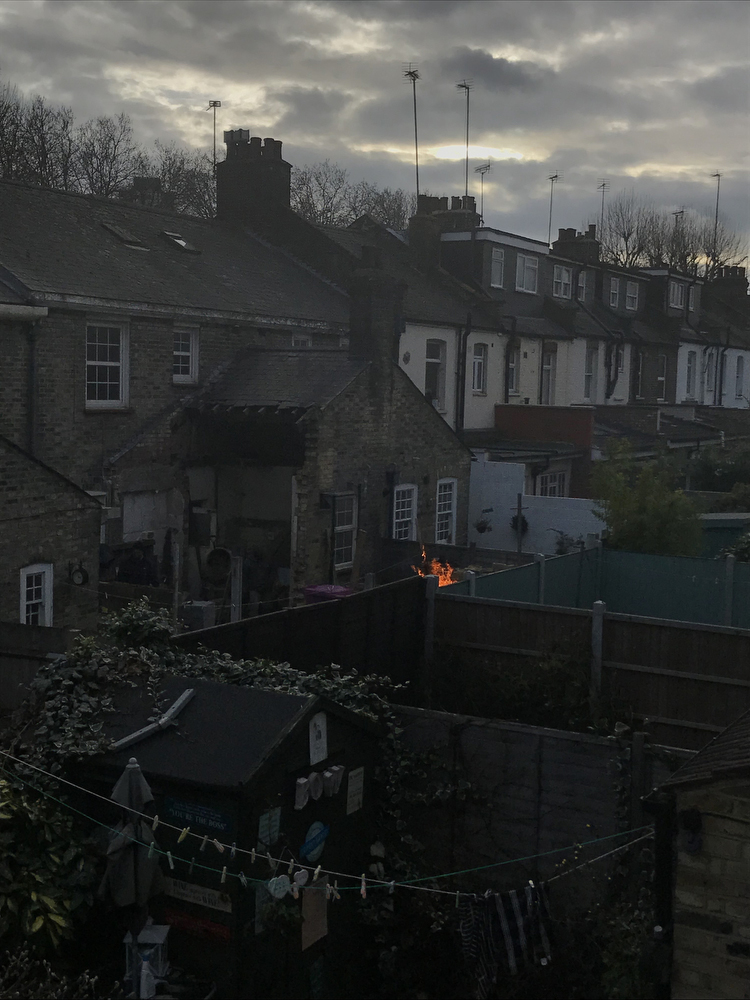 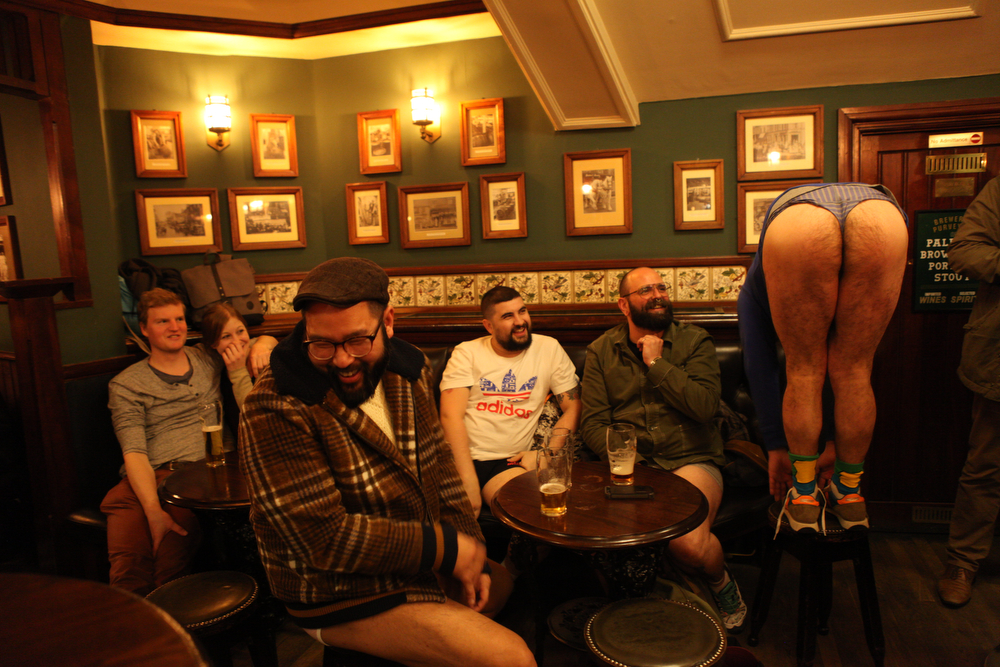 at the Chandos pub 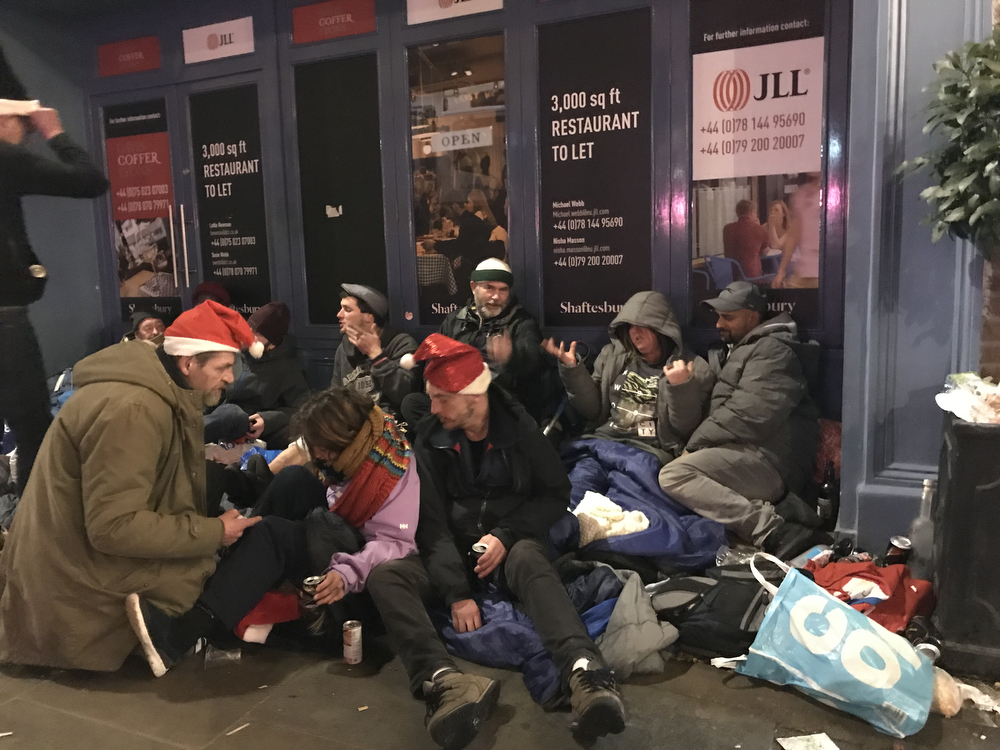 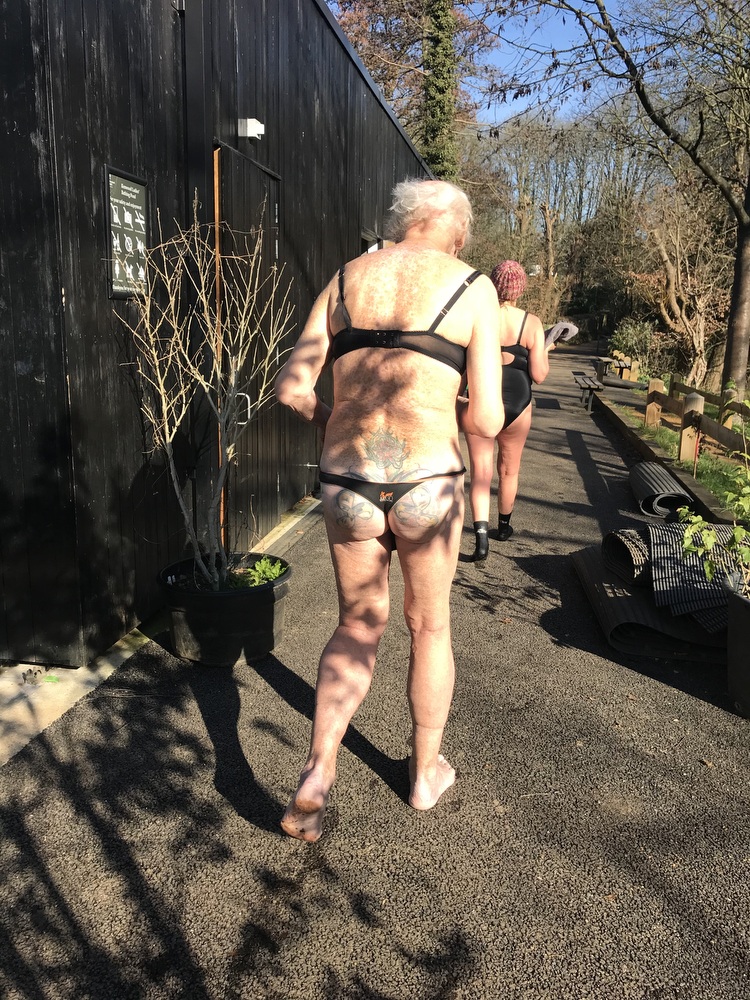 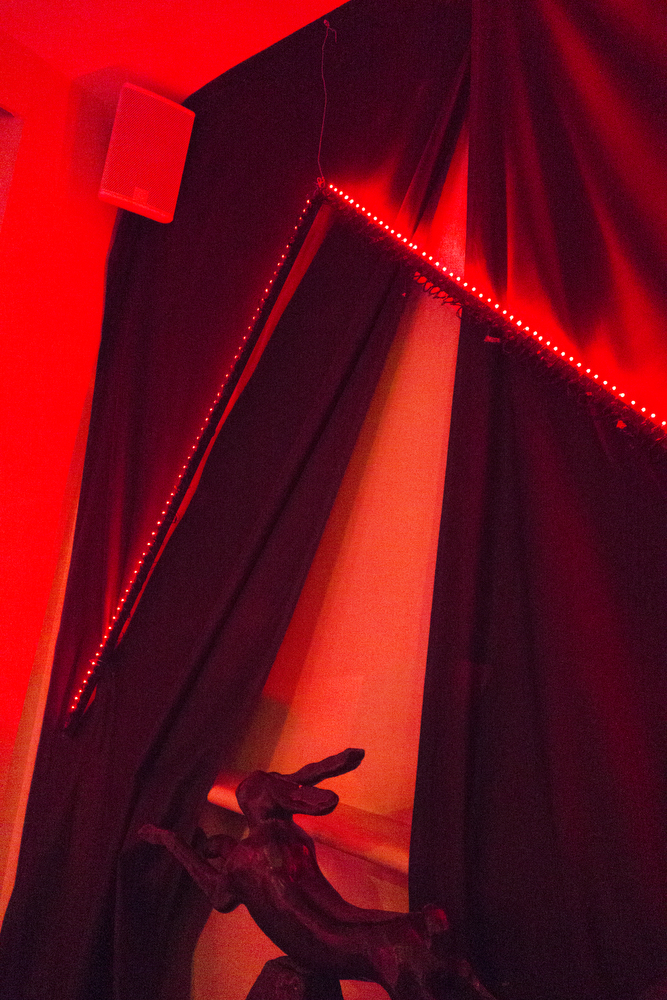 at the Chelsea Arts Club 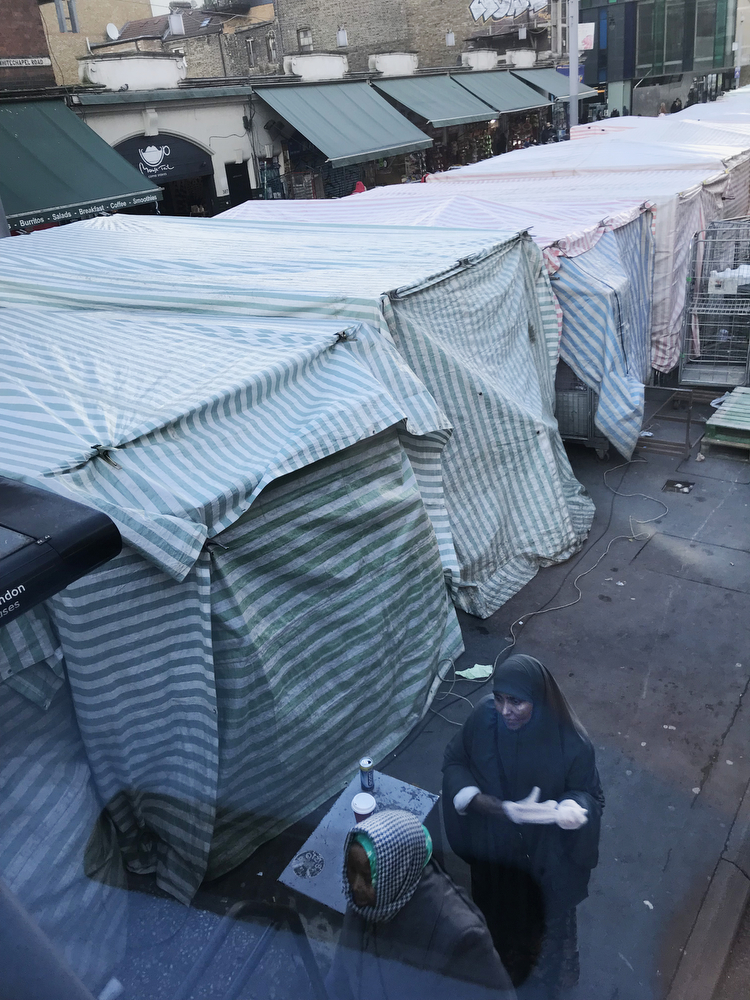 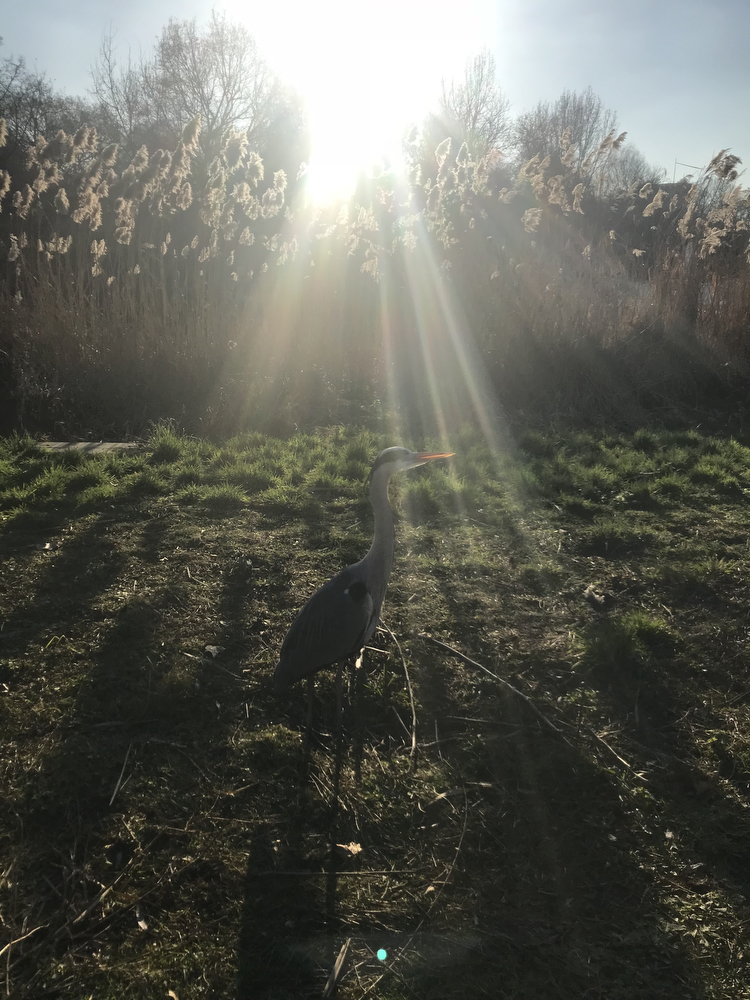 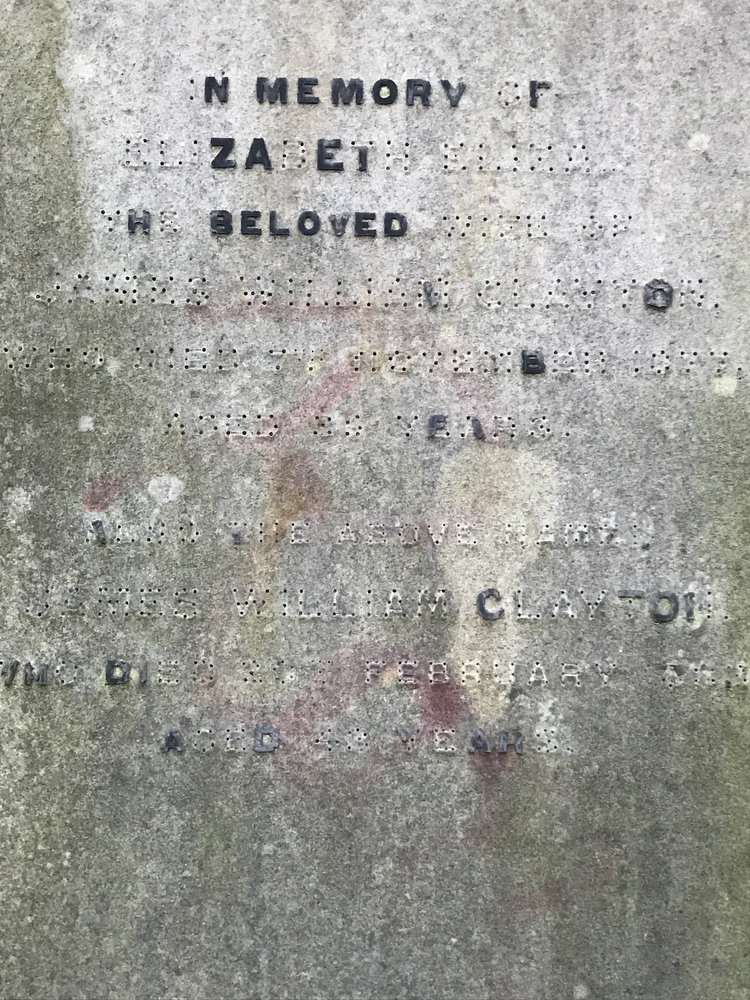 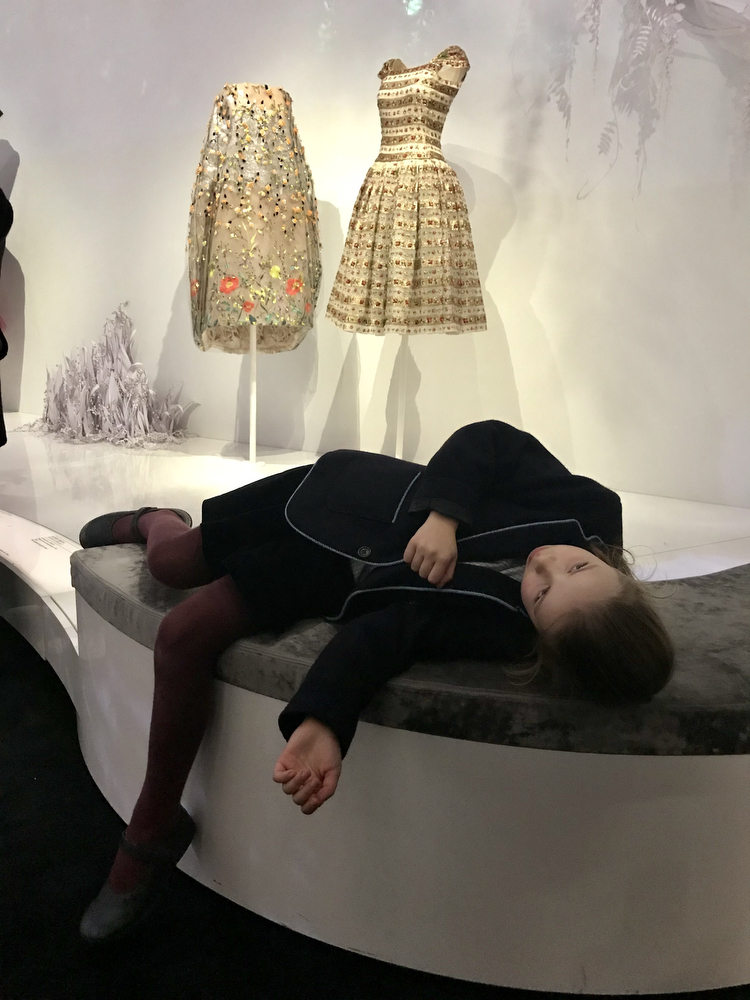 Girl at the Dior Exhibition, V & A 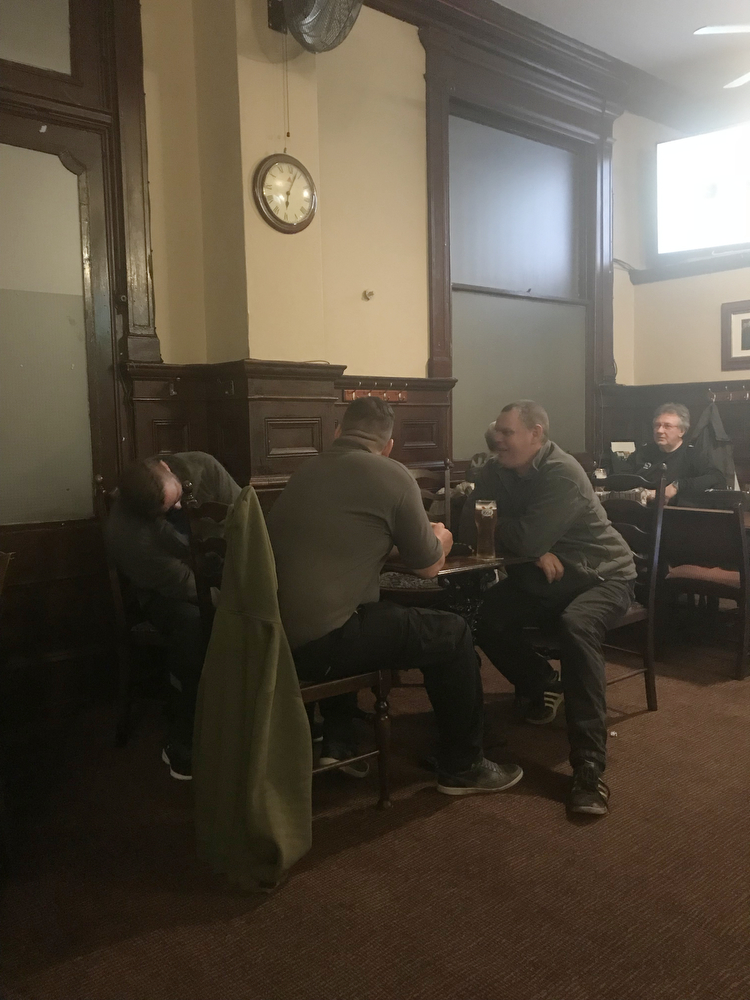 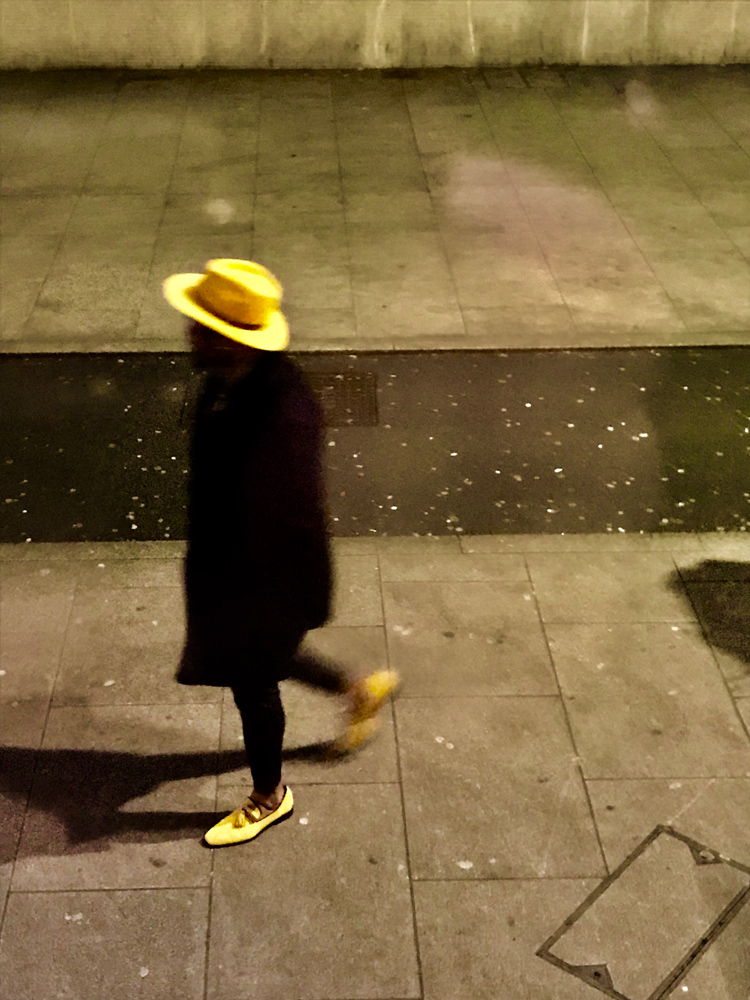 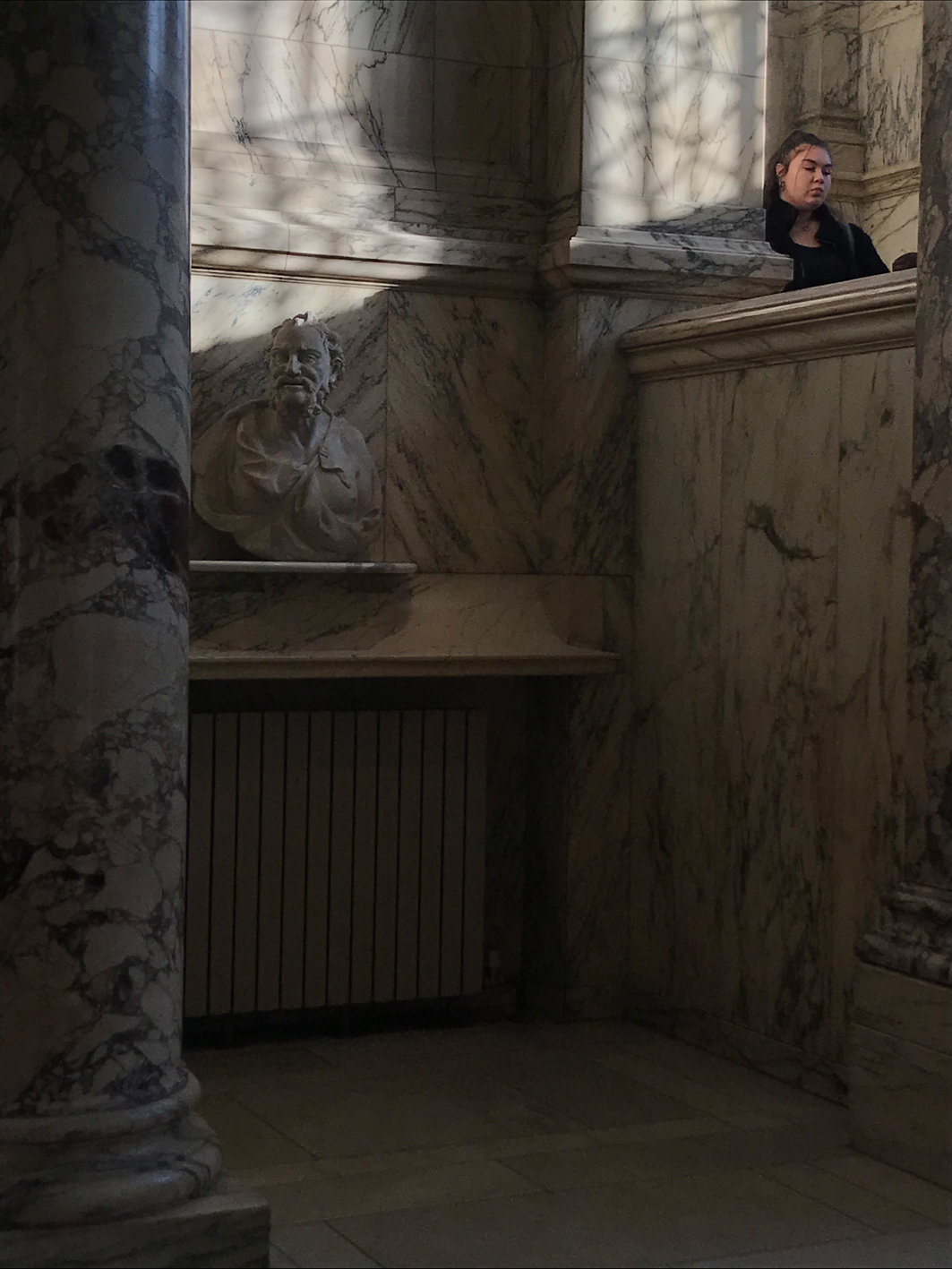 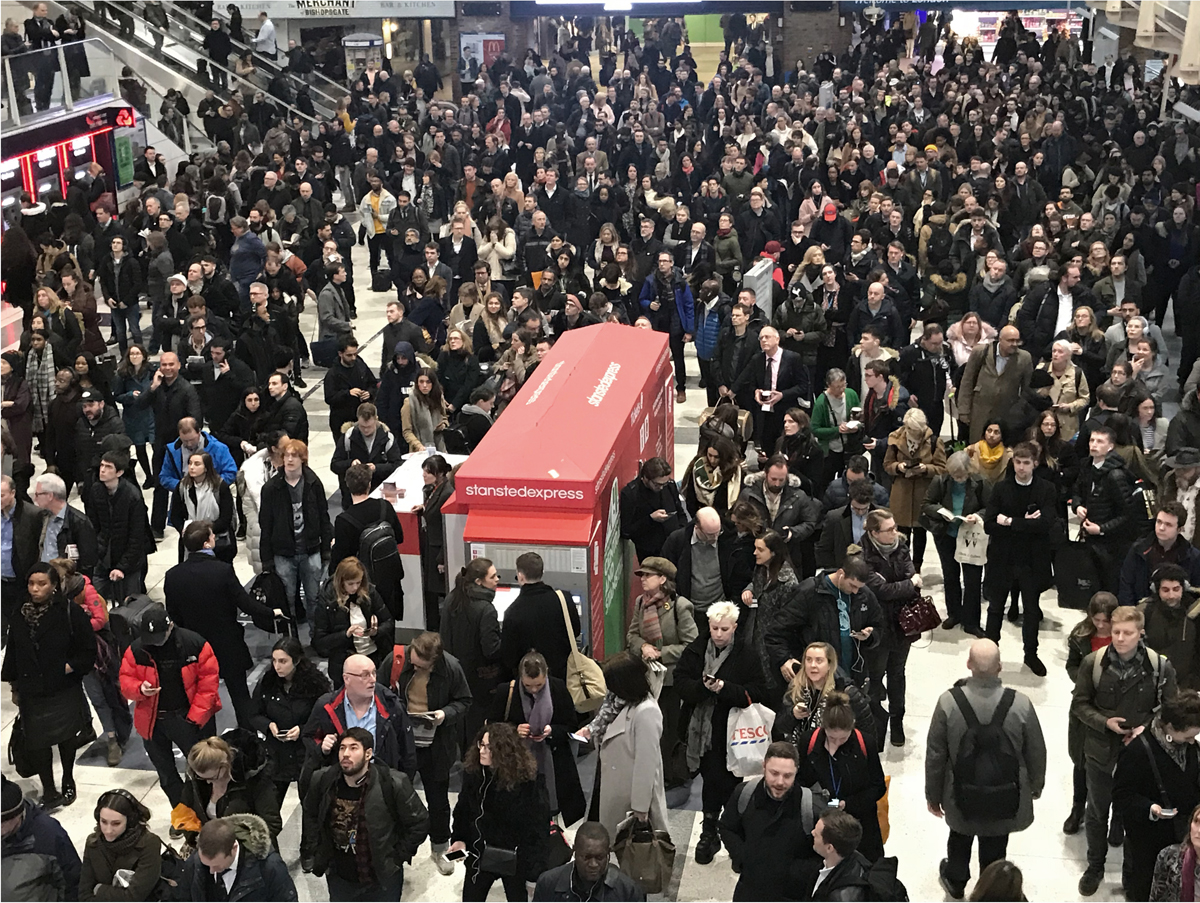 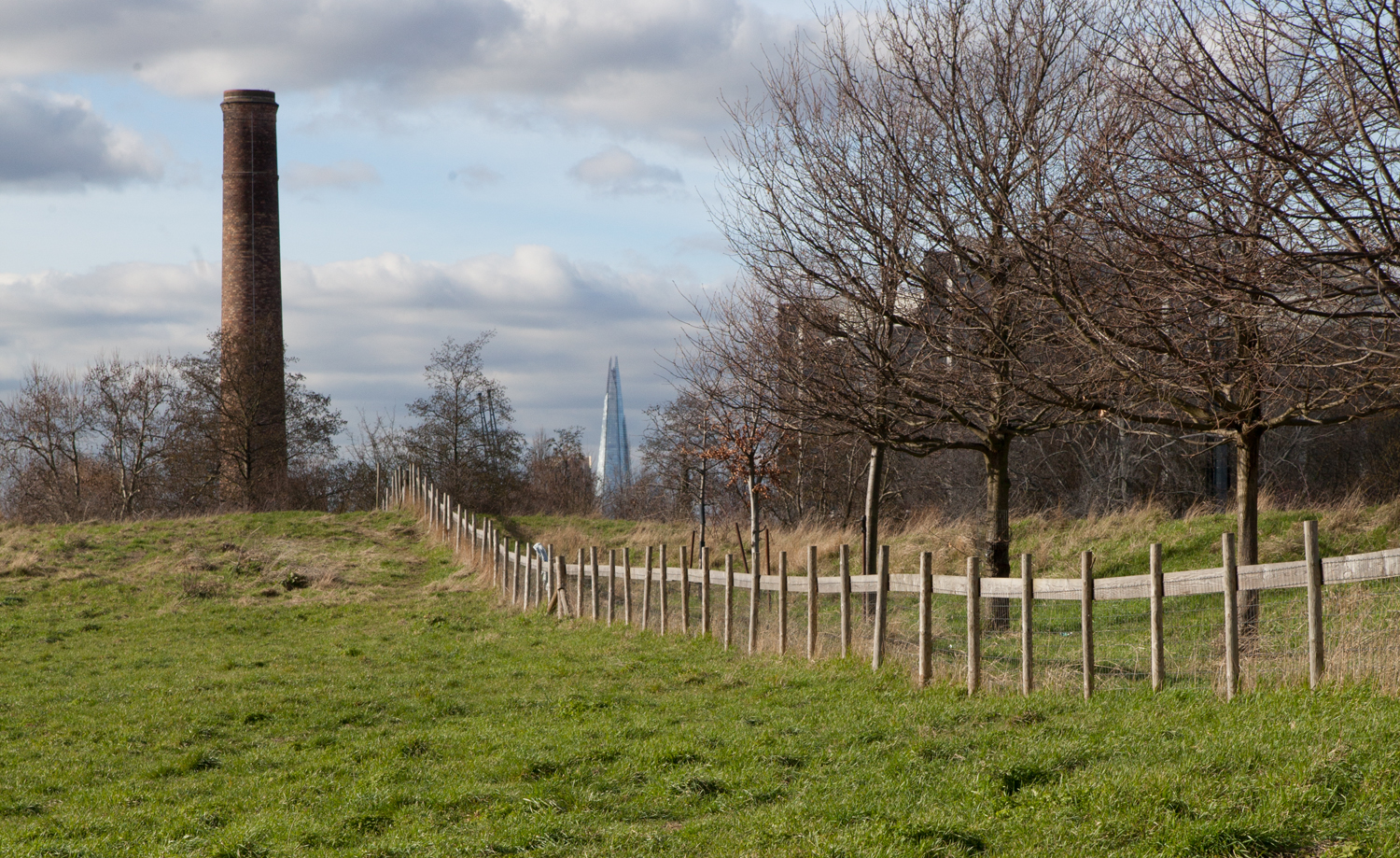 the shard seen from mudchute